What happened to me?

What did I do as a manager?

I was told to manage resources, but I was given human beings to manage. I was told to manage their time; I wanted to manage their emotions. I was told to show them the carrot and the stick; I never realized that was actually someone showing “me” the carrot. I wanted to care about people; they wanted me to care about their clients. Over time, clients won; people lost. I stopped caring for people and was invested in our business. During hiring events, I was told to hire women; but not the pregnant or married woman. The hiring class that I was a part of trained me how to look at women to see if they are pregnant or married (without seemingly staring at them). I learned how to throw a colleague under the bus; I knew how to stab them in the back and became an expert in back-biting. I became an expert at the blame game. Over time, I became a “senior manager”.

What did I do as a senior manager?

On the 1st day at work as a senior manager, I told myself that I should soon become a director; I had to learn to do office politics to survive; I stole credit from my subordinates. I stole ideas from other people and called them my own. I learned to break up friendships for power; I learned to assert myself by calling back my team members when they were leaving for home and asked them to stay late and attend client calls. I learned to showcase my position by shouting at my subordinates in front of their peers and felt good about it. I created fear in the mind of my team members. I loved it. I wanted more and soon got a promotion to director.

What did I do as a director?

I transformed into someone I hated; I became someone who I did not want to be. I loved the power of this position and wanted more. I loved it when they stayed longer to bill the clients extra money. I strayed away from personal relationships; I realized I preferred to stay out with friends rather than go home to my son. I realized I wanted to visit our foreign headquarters monthly instead of the weekend matinee with my family. I had become someone who I hated; I loved it.

I was the vice-president of the department; I felt that I was on top of the world. I became a hypocrite. When I found a mistake, I fired an entire department. I loved the power. I wanted more. That’s when karma caught up; I got fired. It was a lay-off. They fired the longest employees. It’s been 6 months. I have not been able to find a job ever since. My son was studying in college; I realized that I barely know him now. My husband had become a globetrotter; he no longer needed me since he found peace traveling the world by himself. I did not know what to do with myself. I was alone. I headed to my room. I took my revolver. I placed the revolver in my temple. My fingers were on the trigger…. And then ….. 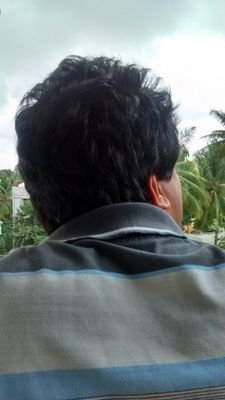 What has this author achieved in testing? This author has tested more than a million lines of code and has logged more than a billion defects; He has had a trillion number of arguments with developers on more than a quadrillion bugs; he has been in quintillion triage meetings and has participated in sextillion conferences; every day, he has septillion thoughts and has chosen not to attend Octillion testing conferences. He has selected nonillion candidates from decillion testing interviews. He has Decillion followers on twitter and Undillion followers on testing communities. And by the way, the above contains Duodecillion amounts of exaggeration on what I have done so far.

One response to “The True Untold Story”