We live in a world where things that are precious to us are labeled with a feminine title.  Mother Earth.  Mother Nature.  People refer to their cars as “she”.  Why do we do this?  Because there is something genuine, tender, caring, and special about the female aspect when it comes to our lives.

We are witnessing a change in the world we live in.  Women are taking more leadership positions in government, corporations, and within various other communities.  The right person is being selected for the positions, regardless of whether they are male or female.

Women have paved the way through the years for others to follow and build upon.  Imagine what life would be like without these influential Women:

In the testing profession today, being a test practitioner is nothing like years ago.  The dynamic nature of the industry, combined with the exponential growth of new technologies gives so many great, new, and interesting areas for the thinking tester.  We are seeing the ratio of male to female in the practice changing.  And with this change comes a new group of women testers that are providing new insights and inputs to the testing community.  I am encouraged by the articles, presentations, and teachings of many of the women in testing.

My challenge to the community is this: let’s bring on testers who want to change the world.  Let’s encourage them to expand and help others grow along the way.  Let’s get more women testers in our communities, and let’s encourage them to be seen and heard and to lead major changes as we face the future.  We have no idea what the next 10 years will bring us.  In the 1980’s, we had not even heard about the internet or mobile phones in everyone’s pocket.  Now these two things are responsible for so many testing efforts conducted today.

Congratulations to Women Testers magazine and Testing Circus on this effort.  I look forward to the many articles that will rise up from writers around the globe.  You have my support and following! 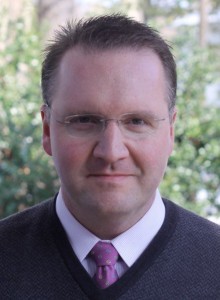 Mike Lyles is a  Sr. QA Architect with over 21 years of IT experience. He has led various aspects of testing: functional testing, Test Environments, SCM, Test Data Management, Performance Testing, Test Automation, and Service Virtualization.  In his current role, he is responsible for defining and implementing tools, processes, and methodologies to support the QA teams.  Mike is an international/keynote speaker at multiple conferences, and is regularly published in testing publications. Mike’s passion to help others improve and grow in the field of testing, leadership, and management is his key motivation.  He is available for mentoring and coaching on testing via Skype (mikewlyles).  You can learn more about Mike at http://www.linkedin.com/in/mikewlyles, www.MikeWLyles.com or http://about.me/mikelyles