All roads lead to exploratory testing

At the European Testing Conference(ETC) 2018, I was inspired to jot down a flowchart about my experience and thought processes from working with customers or teams who want to have manual test scripts executed. 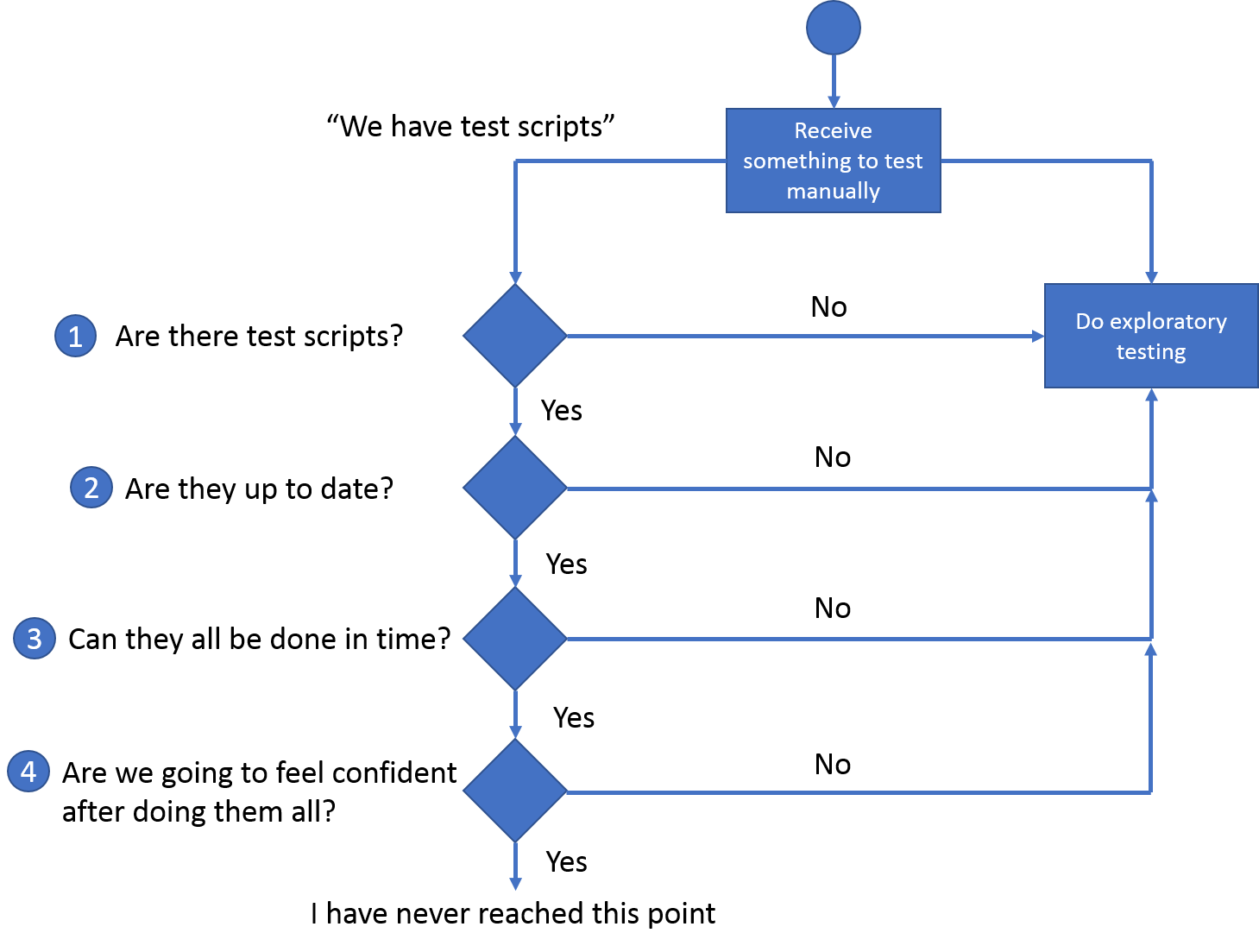 It reflects both my experience with how the conversation / project progresses and it also serves me as a guideline for having that conversation with someone who doesn’t know much about software testing. It’s been something in my head for a long time, and ETC encouraged it to come out.

When I’m faced with something to test – be it a feature in a software application or a collection of features in a release, my general preference is weighted strongly towards exploratory testing. When someone who doesn’t know a great deal about testing wants me or my team to do testing for them, I would love to educate them on why exploratory testing could be a strong part of the test strategy. My reasons for the right arrow leading directly to exploratory testing can be summarized as:

If you’re as excited about testing as I am, then you’re already sold, right? It sounds like a great way of finding out information with the incredibly skilled tester who will be helping the team.

Taking the other route

It turns out that talking about all the reasons why exploratory testing is great doesn’t always help though. As frustrating as that is, I’ve realised that the project always ends up involving some (if not a majority of) exploratory testing anyway, which leads us to the questions on the left-hand side of the flowchart. Ideally, this conversation takes place quickly, but it can be a set of stages where the tester has to find out the information for themselves.

Alice: Alright, since I couldn’t convince you how great exploratory testing is, we’ll do it the traditional way and use the test scripts. Where are they saved?

This conversation can lead to a branch not shown on the flowchart, which is the “then write the test scripts before you execute them” answer. Fortunately (and I’m smiling ironically writing this), most projects that don’t have a continuous embedded tester present have left the testing so late, that it’s plain that writing the test scripts will take more time than we have – and they still haven’t been executed. So not having any test scripts takes us straight to exploratory testing.

I’m not usually lucky enough to get out that easily. There often are some test scripts, deep in the intestines of some giant tool, or hidden on a drive in an Excel file. It’s then usually clear from the “last modified” date how much they’ve been adapted and kept up to date with changes in the software. This is actually a big win for my cause of using exploratory testing, for two reasons:

Assuming that they are maintained, up to date test scripts, is it possible to execute them all (or all the relevant ones, assuming we can identify them) in the time we have? Either before a release, or within the context of a short development phase. If not, then we’re better off moving to exploratory testing – that will let us quickly gain an overview of the test object and show us which areas need the limited time we have.

I’m going to be honest, although the “I have never reached this point” comment comes after this question, I’ve never actually reached this stage either. But I can theorise that this would be the next logical question. If there are indeed maintained test scripts that can be executed in the time frame we have, my suspicion is that they are not covering enough of the risks we want to address with testing. Even if we think that the set of tests is sufficient (again, for me a very theoretical idea), the inherent danger of us missing unknown risks is still there. So even in this case too, I would advocate strongly for some exploratory testing.

And there we have it. In one or other above explained way, exploratory testing becomes part of the test strategy for a project. That doesn’t necessarily mean that it is the only approach; I have worked on projects that had a mix of exploratory tests, automation, checklists and even small sets of test scripts. What I have never encountered though, is a project where exploratory testing wasn’t useful or helpful or necessary in any way – either because of its intrinsic value or because we’ve gone down the left side of the flowchart. As I showed at European Testing Conference in my demo talk, exploratory testing is a skill that uses a great deal of techniques formed by testers while actually testing. It is worth having people in your team (often in a tester role) that have this added and necessary skill and work on improving it. A good exploratory tester is a fantastic bonus to a team. 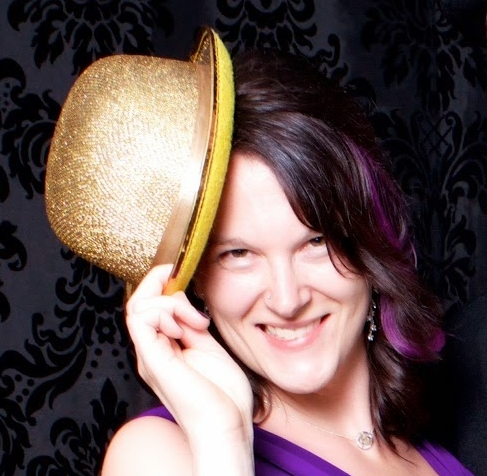 Alex is the head of Software Quality and Test Consulting at BREDEX GmbH. Her passion is communicating with people in IT projects, most specifically about quality. She works with customers, testers, users and developers to help them improve quality in their projects and processes.  Her main areas of interest are quality in agile projects, communication, training testers and test automation.

You’ll usually find Alex talking about quality and how it affects the whole development process. She’s also a frequent speaker at conferences where she likes to share her project experiences and learn from other practitioners.

5 responses to “All roads lead to exploratory testing”